Though not a manual, this may be of interest nonetheless. During the development of the PCC-180 (see below), we experimented with an integer BASIC from Southwest Technical Products. We wanted the PCC-180 to be fully programmable by the user so the display, logging, and automatic actions could be set by the user through a user-supplied custom program. BASIC, being an interpreted language, seemed perfect for the application.

But, we needed a floating point version. Microsoft had a floating point BASIC interpreter. In December 1980, we licensed that interpreter for use in the PCC-180 (and later the DRC-190). The license calls for the source code to be delivered on 9-track tape, but we finally decided on 8 inch CP/M formatted floppy disk. We added a bunch of functions to the language (such as METER$, TIME$) and added code to interface to our hardware. The resulting image turned out to be about 16kBytes, 8kB from Microsoft, the remaining 8kB by me (Harold Hallikainen). Here's the original 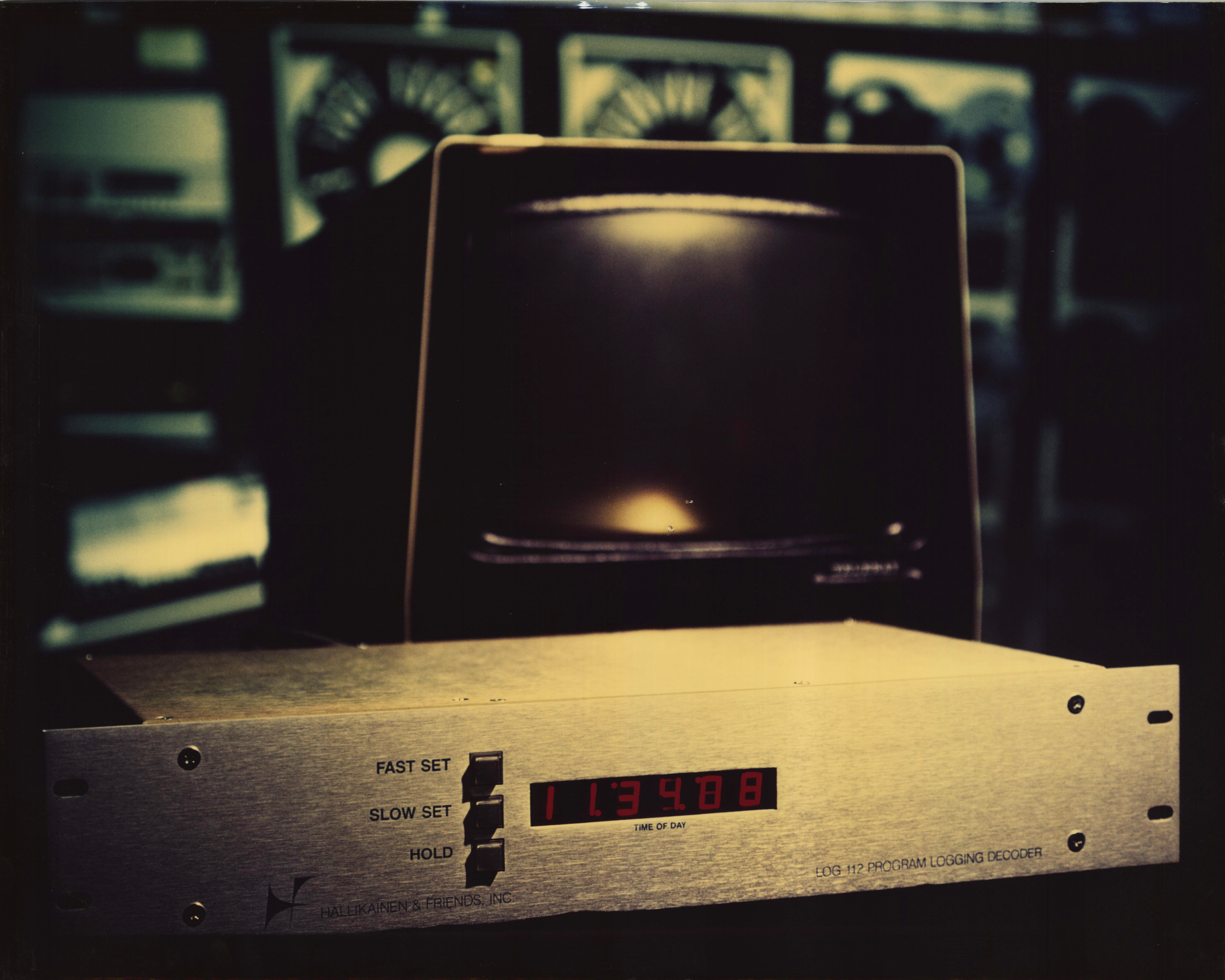 The program logging system in front of a Broadcast Products AR-2000 automation system with 6 Sonomag Carousels and 6 Revox A77 reel to reel decks. 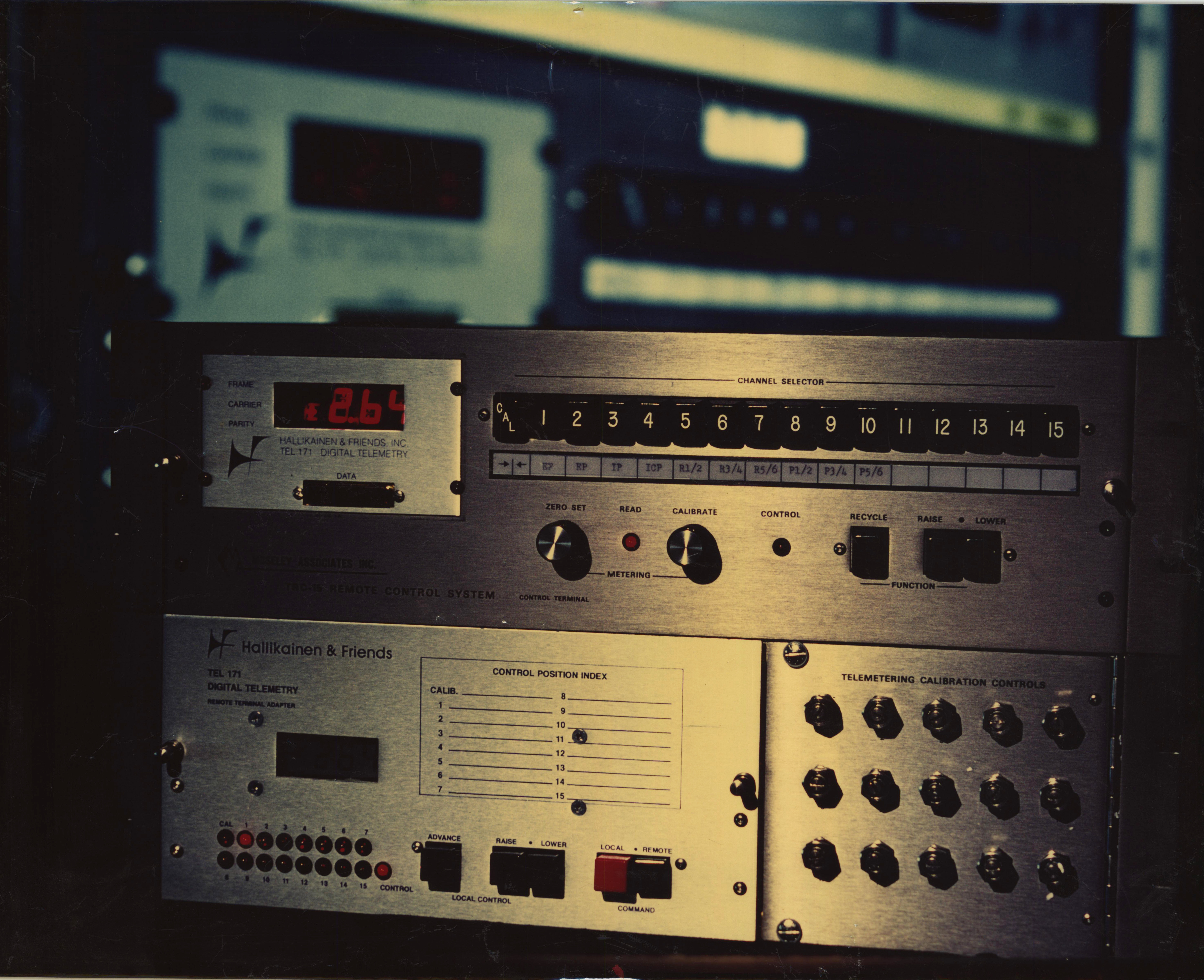 The TEL171 (introduced in 1977) is a set of four circuit boards that substitutes for circuit boards in the Moseley TRC-15A analog transmitter control system. The TEL171 converts the TRC-15A from analog to digital metering. 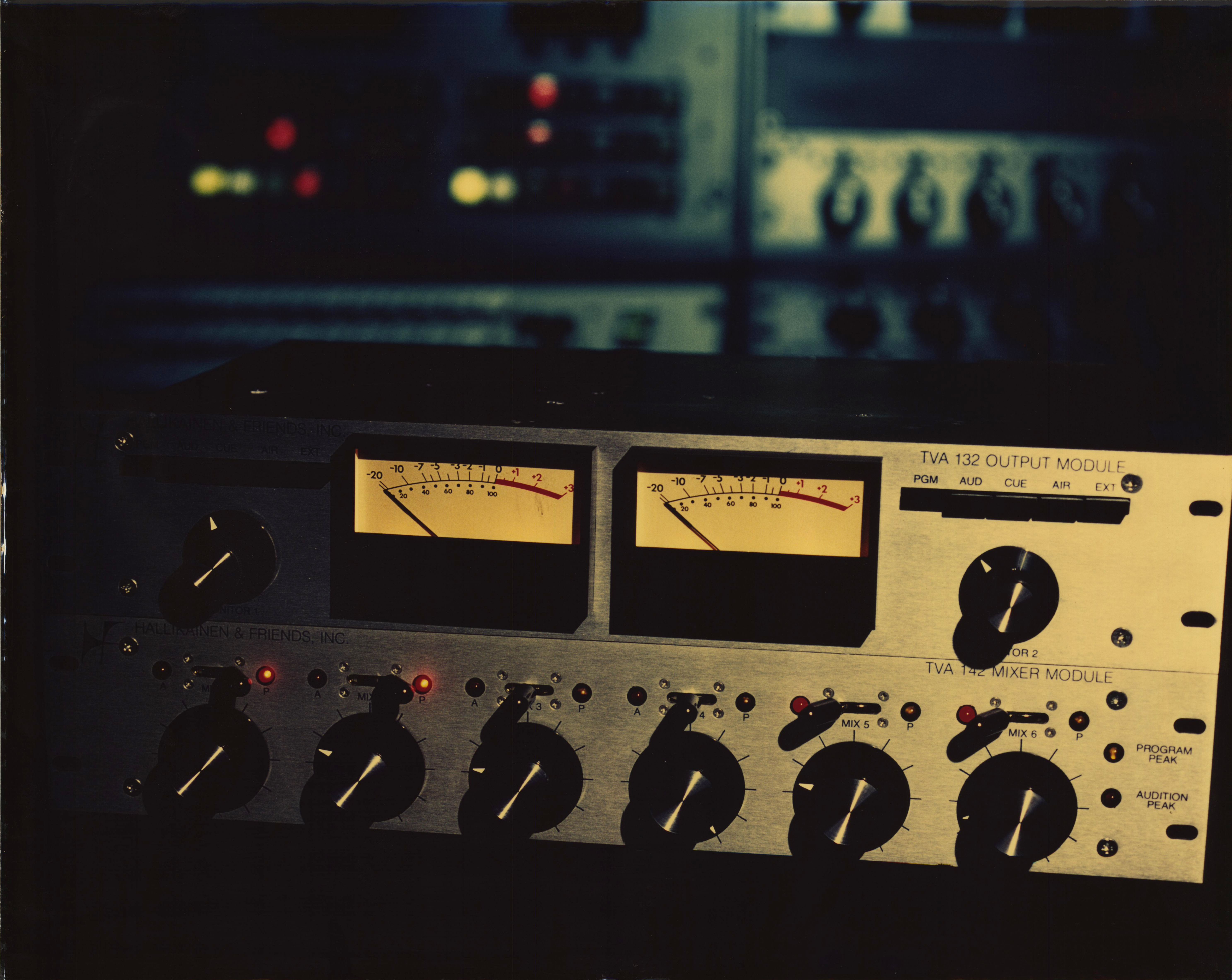 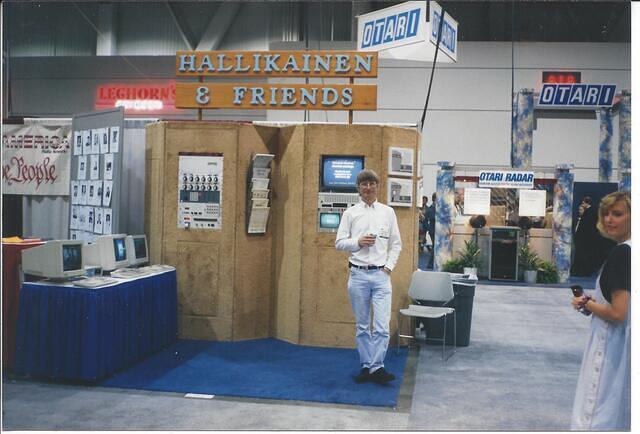 H&F exhibited at NAB for about 20 years. Here's a photo of the booth from about 1990. The table at the left holds CRT terminals for the various remote control and computer systems. The left rack has a DRC-299 (blank rack panel with 3.5 inch floppy drive on right), two TVA-142 audio mixers, a DRC-190 transmitter control system, a Moseley TRC-15A transmitter site unit with a TEL-171 digital adapter, and at the bottom the TRC-15A studio unit with the TEL-171 adapter. The right equipment rack holds video equipment to demonstrate Election Central. Election Central was election software for television stations. It gathered election data and drove a chracter generator for the on-air presentation of election results. Election Central was written by James (Jane) Brodsky.

Back to HomePage
Contribute Documents?